The Bellator Prospect Watch series has been on a holiday for a few weeks, but is kicking things back off with another one of Bellator MMA’s hottest prospects.

I recently wrote an article on Juan Archuleta and why he should be given a title shot at featherweight champion Patricio Pitbull, I think the Bellator match-makers must have listened to me!

This article will focus on top English featherweight prospect Saul ‘The Hangman’ Rogers. At the age of 29, not many fighters have accounted a 15-fight record across 12 promotions.

Rogers currently holds a 13-2 record across promotions like Cage Conflict, Cage Warriors, ACB, the UFC and now his home at Bellator. Recently announced to feature in Bellator’s featherweight tournament it shows how far the Manchester-born fighter has come, and we will take a closer look of his career to date.

Rogers won all three of his bouts with Cage Warriors defeating Jason Cooledge, John Maguire and Mick Sinclair. With a 8-1 professional mixed martial arts record to his name, many though it was time for the UFC to come calling.

‘The Hangman’ wasn’t waiting about taking a fight with Real Fighting Championship in Japan going 9-1 before the UFC finally came knocking. Rogers was finally signed up to the UFC and their Ultimate Fighter 22 series featuring Conor McGregor and Urijah Faber as head coaches.

The SBG Manchester fighter picked up wins over Paulo Boer, Billy Quarantillo, submission wizard Ryan Hall who went on to win the finale and also Marcin Wrzosek. Everything looked on the up, until things hit rock bottom.

Rogers had issues with his US visa application and was denied continuing his career with the UFC, in what was a bitter pill to swallow leaving the promotion. However, this would not stop Rogers who went on to compete for Tanko FC, ACB twice before Bellator snapped the former lightweight up at the end of 2018.

The English-man made his debut at Bellator Birmingham in May of this year, defeating home-town hero Aiden Lee by unanimous decision which was certainly the biggest victory of his career, taking his record to 13-2. 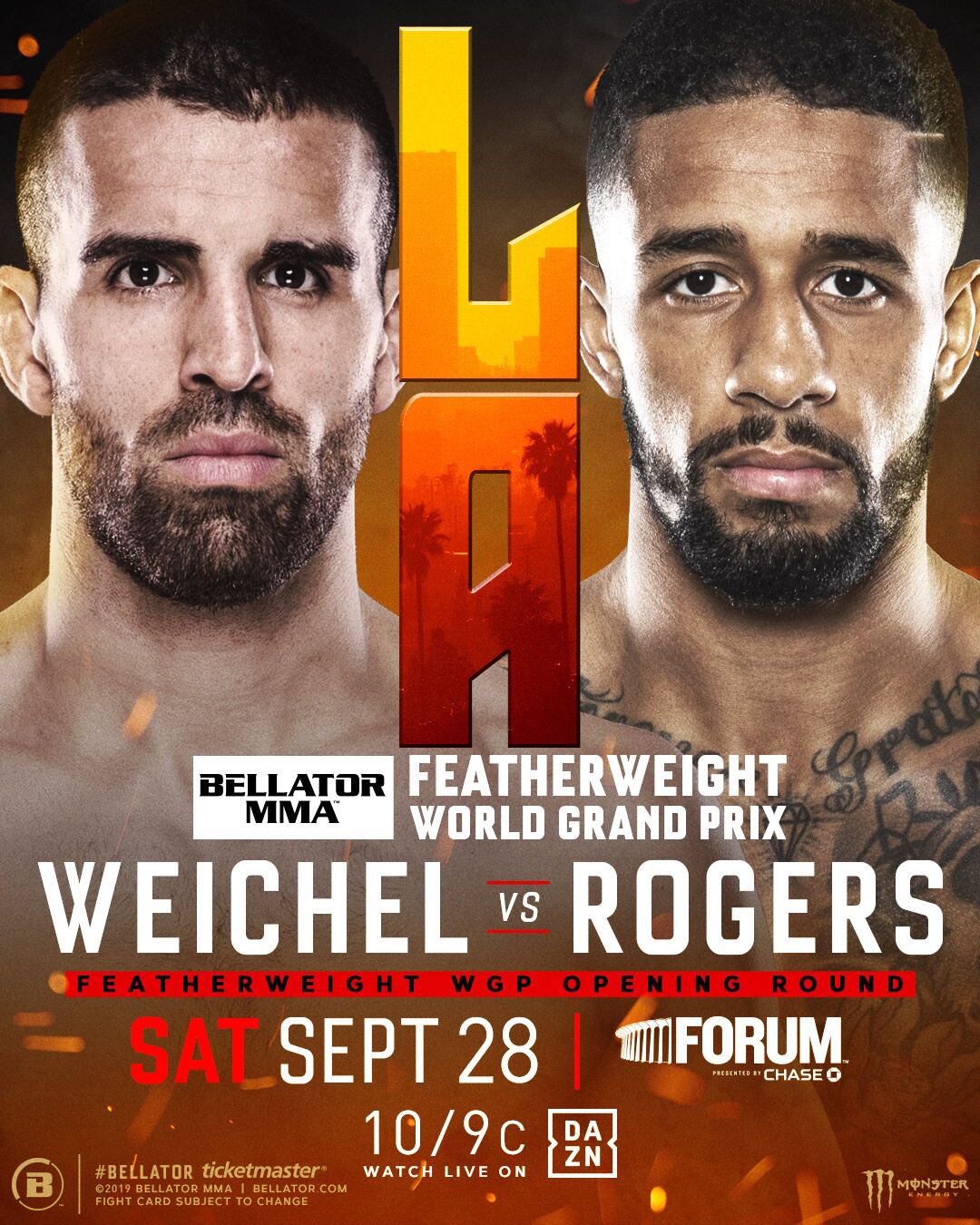 Rogers is expected to face off against Daniel Weichel in the Bellator featherweight tournament that was recently announced for later this year. This is a huge step for the talented fighters and chance to get his hands-on gold for the very first time.

There is no doubt Rogers has a lot left in the tank and the opportunity to feature in the tournament will surely showcase his place as one of the best prospects in the world right now!