MTK Global Signs Unbeaten Ace Maphosa MTK Global is delighted to announce the signing of undefeated Thornaby star Joe Maphosa. Maphosa (10-0, 1 KO) is a former Team GB standout, having won a number of accolades during his amateur career, before going on to turn professional in 2017. He has looked extremely impressive since entering … END_OF_DOCUMENT_TOKEN_TO_BE_REPLACED

Jack Shore: Fight Island Beckons By Jack Rainbow Since I last spoke to Jack Shore much has changed. One key takeaway from our last interview was his reluctance to risk losing his hard-earned momentum, by rushing into action too quickly and without proper training. However, he made clear in that interview  not to rule out … END_OF_DOCUMENT_TOKEN_TO_BE_REPLACED

DUBOIS HAPPY TO WAIT TO KO JOE Daniel Dubois reckons the behind closed doors showdown against Erik Pfeifer will be ideal preparation for his showdown against Joe Joyce. The British and Commonwealth Heavyweight champion was due to face Joyce this month, but the date at London’s O2 has been pushed back to Saturday October 24 at … END_OF_DOCUMENT_TOKEN_TO_BE_REPLACED

ARCHIE PREDICTS FIREWORKS ON AUGUST 20th Archie Sharp promises a fan-friendly collision when he goes toe-to-toe with Jeff Ofori, with his WBO European super featherweight title at stake on Thursday August 20. The unbeaten 'Sharpshooter' will clock up his 19th professional fight at the BT Studio against the 10-2-1 Tottenham man in the fourth edition … END_OF_DOCUMENT_TOKEN_TO_BE_REPLACED

Mark Chamberlain Going For The Knockout By Cameron Temple Boxing is back! This Friday boxing returns courtesy of Frank Warren and Queensbury Promotions, with the headline act featuring a clash between Brad Foster vs James Beech. Kicking off the undercard is the heavy-hitting prospect, Mark Chamberlain. The show is expected to have added scrutiny, being … END_OF_DOCUMENT_TOKEN_TO_BE_REPLACED 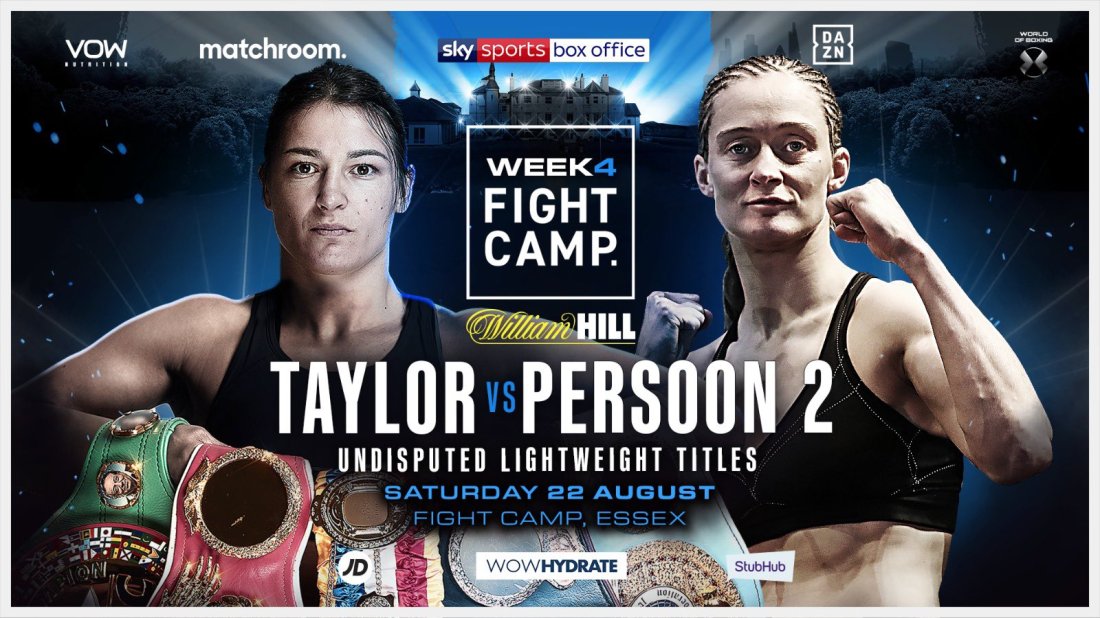 KING ARTHUR LOOKS TO SEND KO WARNING TO ANTHONY YARDE Lyndon Arthur is focused on knocking out Dec Spelman before getting to grips with Anthony Yarde. The Mancunian makes the first defence of his Commonwealth Light-Heavyweight championship against Spelman (16-3, 8KOs) on Friday July 31 In the third instalment of Frank Warren’s summer series. Scunthorpe’s … END_OF_DOCUMENT_TOKEN_TO_BE_REPLACED

DUBOIS AND JOYCE RETURN AS QUEENSBERRY PROMOTIONS FILL OUT SUMMER SCHEDULE Queensberry Promotions  are pleased to announce full details of the first five shows in what will be a huge Summer of boxing behind-closed-doors on BT Sport. Fans, already excited for the much-heralded Super-Bantamweight clash between Brad Foster (12-0-2, 5KO’s) and James Beech Jr (12-0, … END_OF_DOCUMENT_TOKEN_TO_BE_REPLACED

UFC 251: Petr Yan vs. José Aldo: The Breakdown By Ross Markey Although the distinct merit of which former UFC featherweight titleholder, José Aldo has 'earned' his vacant bantamweight championship opportunity this weekend on Fight Island opposite Petr Yan is questionable at best, nevertheless, here we are. The Brazilian icon made his first outing at … END_OF_DOCUMENT_TOKEN_TO_BE_REPLACED