An incredible night of stunning upsets

There have been many nights in UFC history that will live long in the memory, UFC 196 is one such evening.

The MGM Grand Garden Arena in Las Vegas in March 2016 saw one truly unforgettable crazy evening. Nate Diaz and Miesha Tate pulled off stunning upsets over Conor McGregor and Holly Holm, shocking the world and ruining a lot of plans in the process.

Before Diaz and Tate went to work, further down the card future champions Amanda Nunes and Valentina Shevchenko met for the first time and Nunes held off a strong finish from her opponent to win via by decision.

Right before McGregor and Diaz took centre stage, Holm gambled and lost. Ronda Rousey was waiting in the wings for the highly lucrative rematch with the preacher’s daughter who head-kicked her to oblivion at UFC 193. The UFC hierarchy wanted Holm to wait for Rousey, but Holm wanted to defend her newly won belt rather than sit and wait.

For 4 rounds Holm’s gamble appeared to have paid off. Tate had a dominant 2nd round, but Holm was up 38-37 on all the judges cards heading into the final round.

Tate threatened to submit Holm in the 2nd, but made no mistake in the 5th. Tate got Holm’s back and sunk in a rear naked choke, and she didn’t let go. Holm refused to tap and when she woke up, she was an ex champion and the Rousey rematch was dead in the water forever.

Tate winning was a big upset, but Diaz beating the red hot McGregor was on another level. Coming off a 13 second KO of Jose Aldo, the late replacement for Rafael dos Anjos, Diaz wasn’t expected to trouble McGregor, odds of 4-1 reflected his chances in the eyes of many, including McGregor.

The Notorious One came out thinking he could blow Diaz away like he did Aldo. McGregor always had that impressive self-belief, but for this fight it turned into arrogance.

Watching the fight again, I was surprised at the success Diaz actually had in the opening round. McGregor kept loading up, but despite busting Diaz up, he never looked like falling. McGregor missed more than he connected, and Diaz countered him brilliantly at times. A McGregor round for sure, but the signs were already there that an upset was in the air. 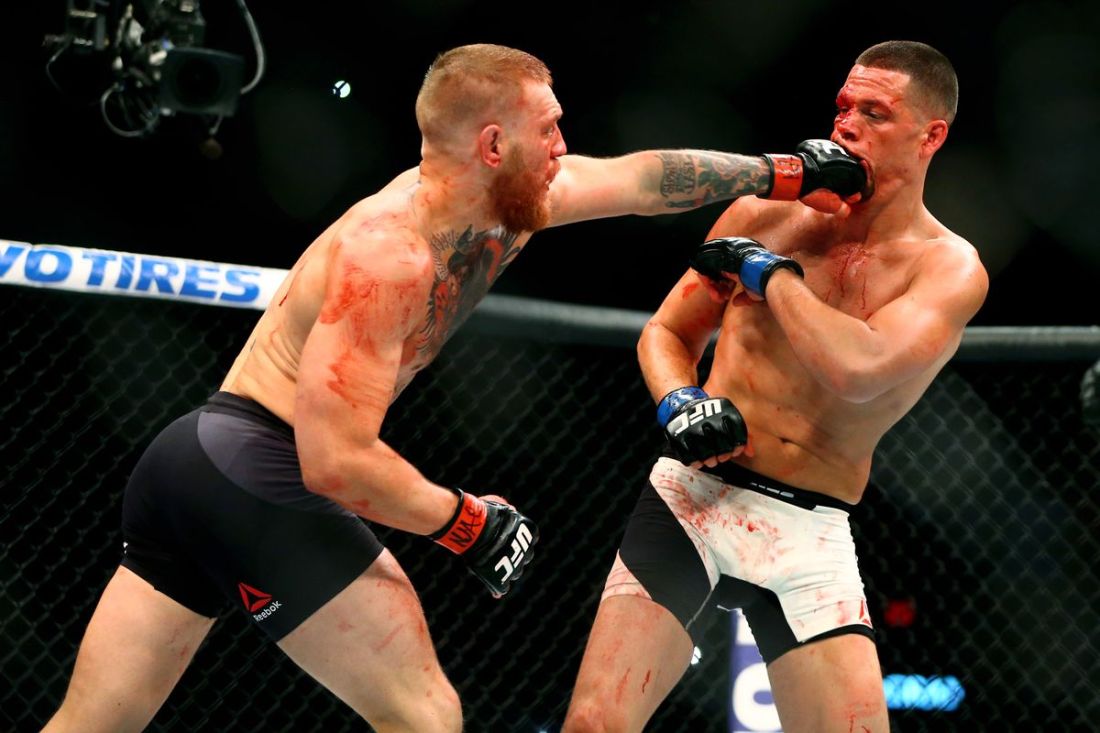 McGregor didn’t change course at the start of the 2nd round, more of the same, but as the power eased and the gas tank emptied Diaz sensed it was going to be his night.

Diaz Stunned and badly hurt McGregor, and despite a brave rally, McGregor in desperation went for a takedown, but very quickly he was locked in a Diaz choke, and he soon tapped. Diaz might not have been surprised, but most of us most definitely were. 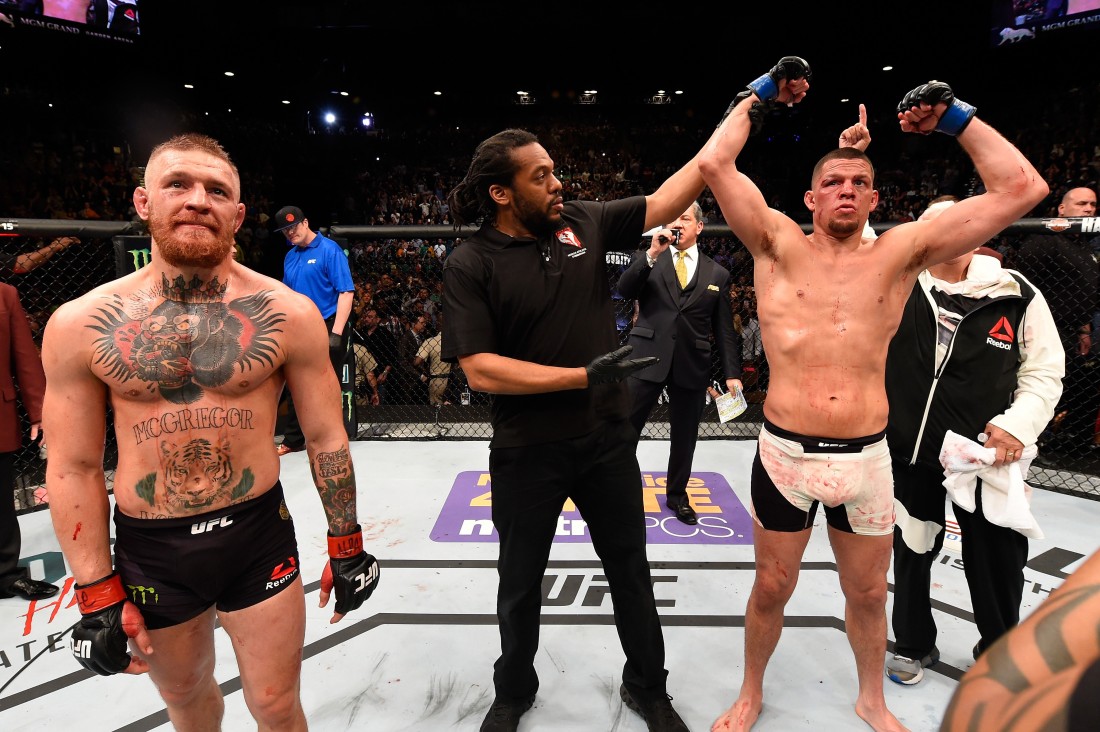 The inquest for McGregor started almost immediately, in different ways to Holm, McGregor also gambled and lost. McGregor took the fight at welterweight, and he gambled on a knocking out Diaz quickly, a strategy without respect, which backfired spectacularly.

But Diaz was practically dragged off the couch, he deserved his due. Sometimes we focus on what somebody did wrong, and forget what the other fighter did right.

Nick Diaz and Miesha Tate gave us an incredible evening, sport at its finest, an unforgettable moment in the history of the UFC.