On March 1st, 1997 the ring legend Sugar Ray Leonard tried one comeback too many when the fists of Hector Camacho told him his time was up.

Despite being 40 and 6 years away from the ring since Terry Norris gave him a one-sided beating in Madison Square Garden, Leonard still thought he could defy age and indeed common sense to return and recapture his former glories.

Camacho was supposed to be a stepping stone to bigger fights with the young lions, Roy Jones was even mentioned, Camacho did Leonard a big favour.

A crowd of over 10,000 in the iconic Garden in New York had hoped that Leonard could defy father time and beat the younger Camacho. Leonard started the fight a 7-5 betting favourite. Leonard had tried to blame his defeat to Norris on a rib injury and trying to make light middleweight for that fight, his comeback fights since 1987 had all been at middleweight or above.

Leonard despite looking in fantastic shape never got going and Camacho became the only man to ever finish Leonard inside the distance. Despite the odd semblance of the once dazzling skills of Leonard, Camacho dominated the majority of the fight. Leonard was dropped early in the 5th round, and the referee Joe Cortez mercifully saved Leonard at 1:08 of the same round. 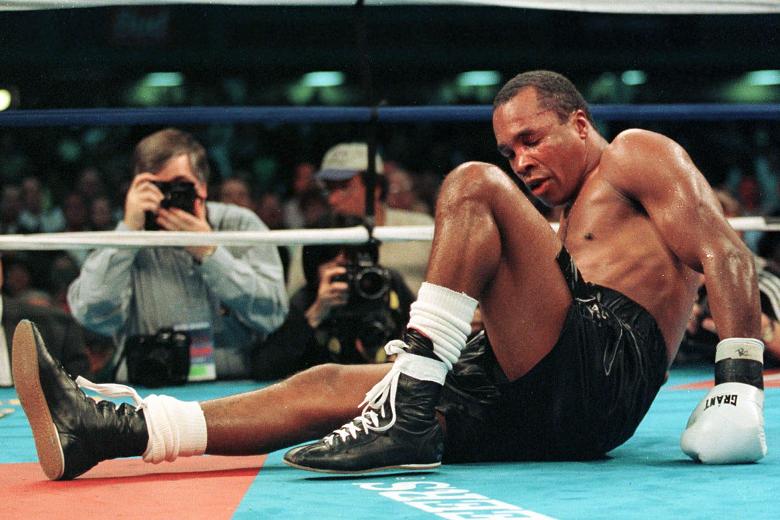 Sugar Ray cited a calf injury, old age played its part as well. Leonard did have a few more fights scheduled, but thankfully for different reasons they didn’t happen.

The loss to Camacho was a sad end to a fabulous career. Leonard finished his career with a 36-3 record, only Roberto Duran beat Leonard at his peak, and Leonard subsequently got his revenge on two different occasions.

Leonard was no different to the majority of great champions who couldn’t let go. The defeats to Norris and Camacho do not harm his legacy, thankfully, fighters are judged in their prime rather than in their decline.