The UFC’s Next Women’s Featherweight Champion?

When the UFC’s women’s featherweight division was first introduced back in 2017 – it seems like the goal was clear.

For years, the questioned remained the same; how would Cris Cyborg fair against UFC competition? The answer, extremely well in fact. Cyborg took the crown, which had been vacated by Germaine de Randamie, in a statement performance against Tonya Evinger. The prophecy had been fulfilled. Cyborg would spearhead the ranks as the best female mixed-martial-artist on planet earth.

Waiting in the wings, however, was an equally devastating compatriot. Amanda ‘The Lioness’ Nunes was steamrolling the best contenders the bantamweight division had to offer. It seemed only a matter of time before Cyborg and Nunes were pitted in a champion versus champion clash.

In 2018 – that’s exactly what we got. Cyborg, attempting the third defence of her 145-pound throne, met Nunes in the co-headliner of UFC 231 in Inglewood.

What we witnessed that evening in California, however, was nothing short of shocking. Cyborg – who’d been undefeated since her professional bow back in 2005, was finished inside the opening minute of the gold-laden affair. Nunes had forced Cyborg into a firefight after an early wobble and precisely picked off the Curitiba native with ease.

Yesterday, I managed to single out two possible challengers who could relieve Nunes of bantamweight champion status. Julianna Peña, and Valentina Shevchenko, in my opinion – have the right attributes to cause some concern at the very least. At 145-pounds, however, choosing a legitimate threat to the throne is a much more difficult process.

In a division extremely short on contenders, Nunes reigns supreme. She’s scheduled to eventually attempt the first defence of the featherweight championship this summer against Felicia Spencer – a real 145-pounder you could say, with championship pedigree. However, does the former Invicta FC gold-holder have what it takes to dethrone Nunes? For me, Spencer presents the best hope in a fleeting division, lacking legitimate contenders. 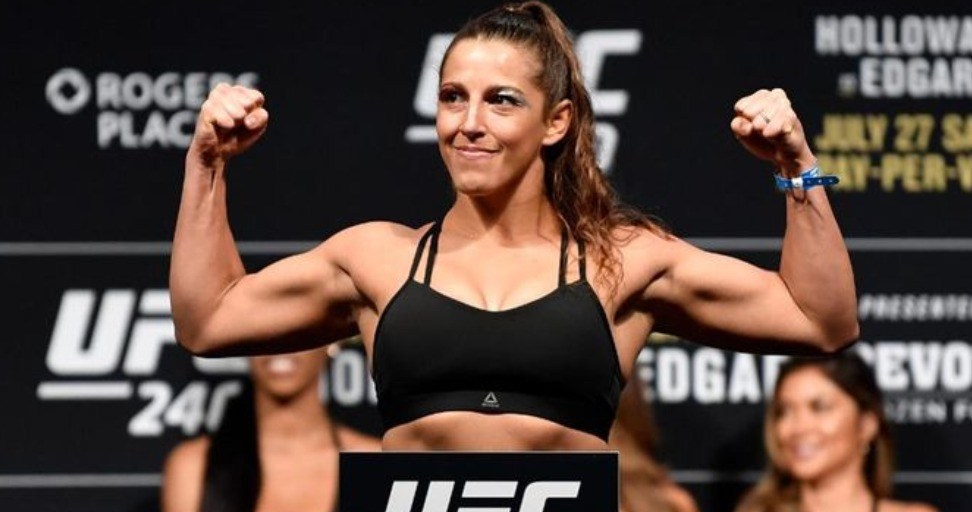 Canadian contender, Spencer, has already tackled some of the biggest striking tests the featherweight division has. The 29-year-old burst onto the UFC scene with an opening-round rear-naked choke win over fellow former Invicta FC featherweight champion, Megan Anderson – a statement performance. Next up, she faced the aforementioned, Cyborg, losing a unanimous decision – in an incredibly admirable showing.

Early her expected title tilt against Zarah Fairn Dos Santos at UFC Fight Night Norfolk in February, Spencer finished again in the opening round. One thing which is definitely evident in Spencer’s outings is her ability to control her opponent, with her natural stature and physical output. She seamlessly submitted Anderson and sliced Dos Santos with elbows on her way to two finishes, displaying some real balance and positional awareness.

Against Germaine de Randamie in a rematch, Nunes displayed her wrestling chops to limit the dangerous striking from the kickboxing ace. Spencer would most likely suffer the disadvantage on the standup side of the equation when paired with ‘The Lioness’. However, in potential grappling exchanges, Spencer’s frame and positional control could cause some concern for Nunes, despite the Brazilian Jiu-Jitsu black belt of her own.

Nunes vs. Spencer will serve as the champion’s first outing as defending gold-holder in the division, and also, more than likely the most complete challenge she’ll face given the lie of the ranks currently. 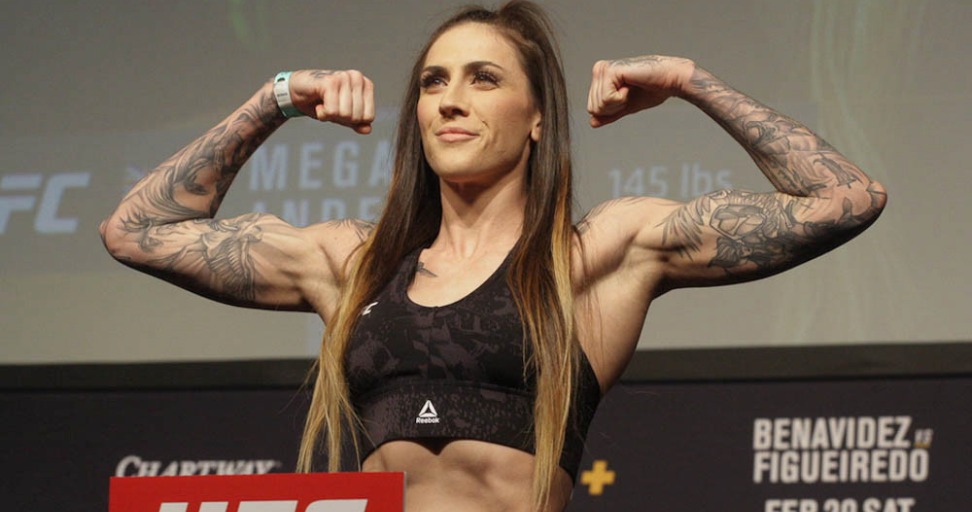 Megan Anderson is one of the most intriguing challengers at 145-pounds today. She’s even more menacing in terms of stature than Spencer, and along with her own dynamic striking, she’s found some real success both in the UFC, and Invicta FC.

She was originally slated to meet with the previously noted, Cyborg at UFC 214 in July of 2017 – in a title pairing. “Personal issues” prevented the Aussie from making a title challenge in her first outing for the promotion.

Nevertheless, Anderson may be a single result away from featuring in her first title matchup with the organization. She’s scored a record of 3-2 with the promotion, with a debut outing against former bantamweight champion, Holly Holm spelling her first defeat since her premier walk with Invicta FC back in 2015. Anderson’s first victory for the promotion, came in rather bizarre fashion. Paired with Cat Zingano, Anderson launched an early high-kick, which caused an injury to the eye of the debuting featherweight, leaving her unable to continue.

Following her submission defeat to Spencer, Anderson has rebounded to score consecutive finishes of Zarah Frain Dos Santos, and Norma Dumont Viana. A third straight triumph would leave Anderson undeniable as the division’s number one contender.

While the 30-year-old has displayed some impressive grappling chops of her own, namely against Dos Santos as well as, Jodie Struzik and Zoie Shreiweis early in her career – she’s struggled notably against both Spencer, and brief UFC alumni, Cindy Dandois. Strikings the name of the game for Anderson, however, and she presents a creative standup test for Nunes if they eventually pencil a date.