The world has changed so much in just a short space of time. Social distance and staying in is the new way of life.

Lives have been lost, businesses suddenly have gone, jobs and work with them. The self-employed and freelancers have seen their incomes drastically reduced or gone altogether due to work being cancelled with no sign of when things will get back to anywhere near to some kind of normality.

Jade Morris is one such freelancer:

“I can’t say what it was, but I have had things cancelled that were in the pipeline, sports-related. Obviously, all the events have been cancelled as well, it’s such a shame for anyone who works in sport. However, it’s really important to be social distancing right now and to stay home and keep ourselves occupied.” 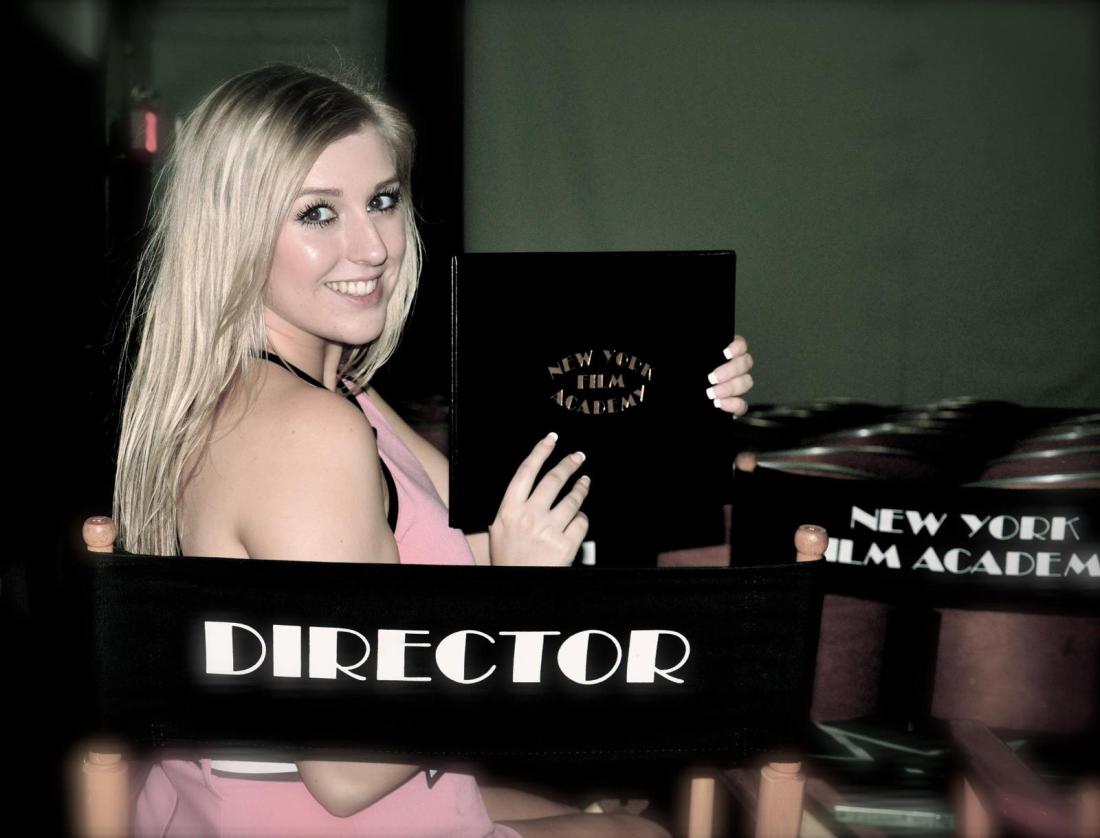 Jade has had an extensive career already, including a Filmmaking Diploma from The New York Film Academy and a 2:1 Public Relations Degree from the University of Central Lancashire. A varied acting career in film and theatre, and a leading part in a music video, Jade certainly isn’t one to restrict herself, and with almost a decade in the industry is steadily developing an impressive CV in presenting and covering MMA.

“I was initially working for a local TV station, I then worked at Yahoo Sport for a year hosting my own MMA show but I work freelance now, doing bits for different outlets. I have done work for The UFC, ESPN, KSW and elsewhere.”

Even in her formative years Jade was always very ambitious and knowing exactly what she wanted to do. But a different career path was already starting to take shape:

“When I was younger I always wanted to be an actress, that’s all I wanted to do. But my Dad was really into martial arts so we watched a lot of Bruce Lee films and he got me into kickboxing when I was 11. I also trained in Brazilian Jiu-Jitsu and Muay-Thai which I still do. I went to university to do my degree and when I completed my course I travelled around Australia for two years with my friends. After that, I came home saved up loads of money and moved to New York and studied filmmaking at the New York Film Academy which is something I always wanted to do.

“When I was in Australia, my cousin had an MMA shop and he had this big life-size cut-out of Brock Lesnar and I asked him about MMA. He showed me some DVD’s of the UFC, and we watched Chuck Liddell, and I was hooked! As soon as I saw it I thought that’s what I want to do. I saw Megan Olivi doing interviews and I thought that’s for me!

“Then when I came home I sort of by luck ended up in the world of TV. I had got a regular job as an events manager and then I got spotted by a local Liverpool TV station, Bay TV. We had a meeting, I told them I was going to prove MMA would become a huge sport and I suggested they cover MMA. They were fascinated and they asked if I wanted to be their presenter. I’ve been covering the sport ever since!

“Megan has always been a role model of mine who I look up to. I will never forget meeting her on the Aldo/McGregor World Tour. We had a great chat and she was so lovely and gave me advice that was invaluable. I’ve also had advice from the likes of Caroline Pearce who is absolutely lovely as well. I met Caroline at one of my first UFC events and we keep in touch.” 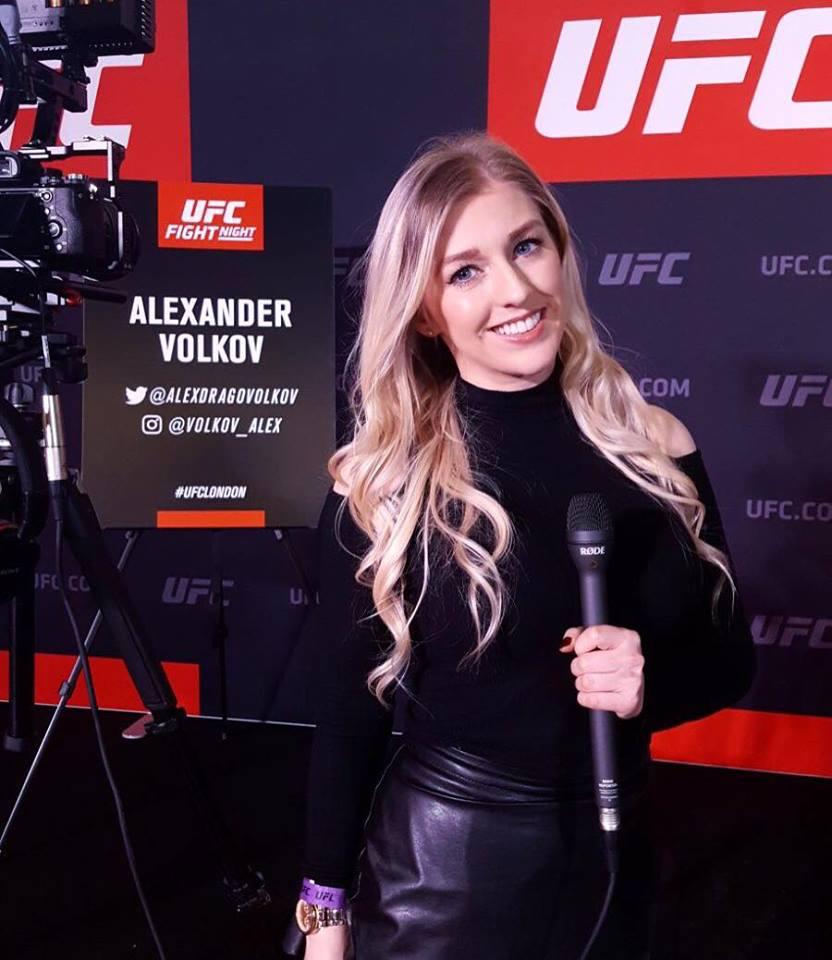 The self-proclaimed ‘Queen of Blag’ Jade managed to get herself in the Next Generation Gym in Liverpool:

“I was training at the MMA Academy and through the guys there I got into the European scene, Cage Warriors etc. Then I heard Danny Roberts from Next Gen was fighting, so I asked if I could come over and interview him, and that was my first ever interview for Bay TV. I wanted to prove to them how big MMA could be. I basically just marched into the gym to do this interview. I think they were a bit taken back by this 5 foot 2 blonde coming in the gym in heels, it wasn’t really the done thing back then. The interview did really well and that was it then. I started to cover it more and more, attending shows, Cage Warriors, BAMMA and building lots of connections. It was great just seeing all these fighters develop and build up and grow into UFC fighters.”

One interview stands out for Jade:

“It was interviewing Darren Till, a producer from the UFC had seen some of my content and really liked it, and I said being from Liverpool myself do you want an interview with Darren. That was my highlight, it was my dream to do something for the UFC and I absolutely loved it. Also, Darren is such a great guy to interview!” 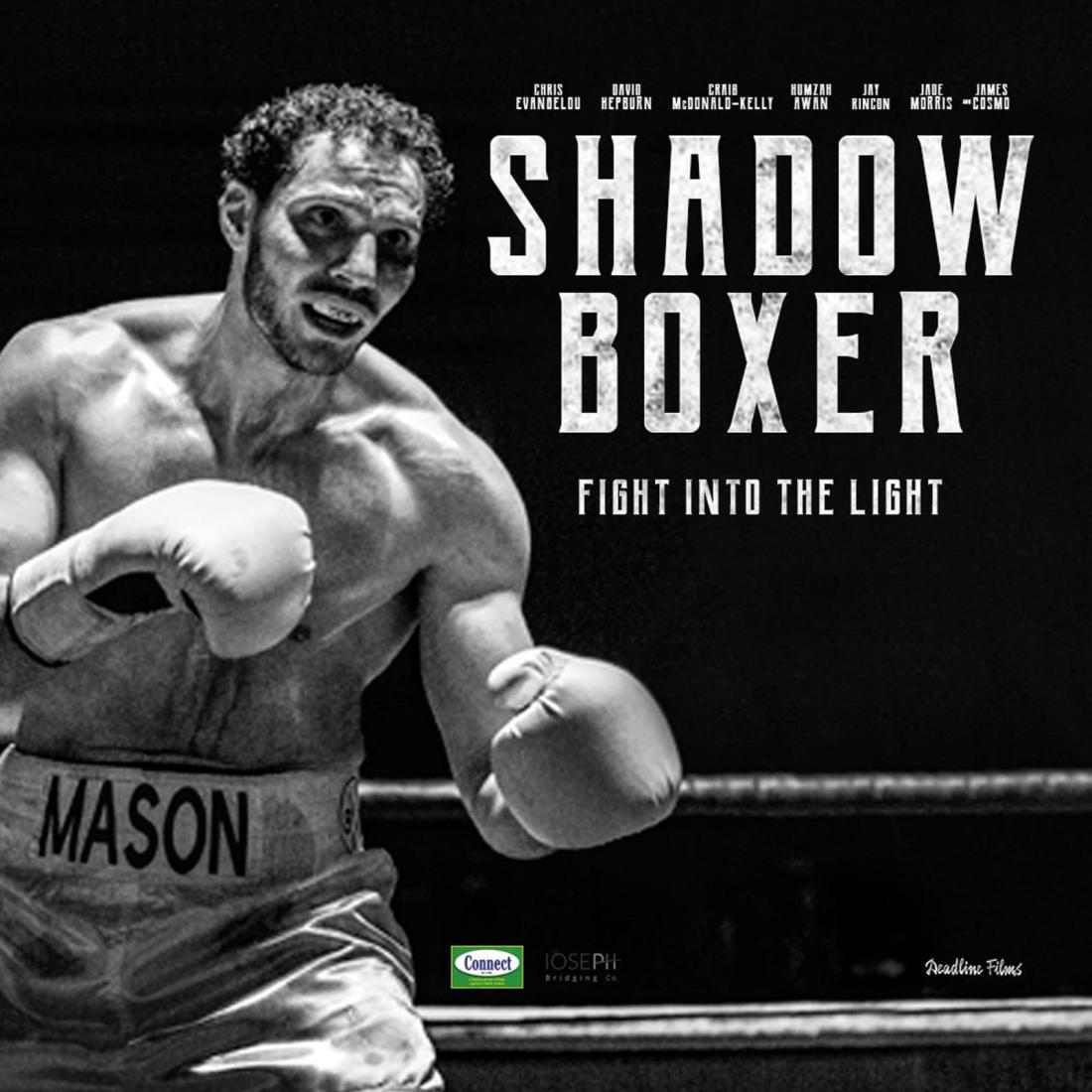 Jade has recently been involved in a short movie Shadow Boxer starring Game of Thrones actor James Cosmo and Chris Evangelou from The Gentleman, which will be released shortly:

“I met the guys at Deadline Films over a year ago and we kept saying we should work together. Then they contacted me saying we have got this boxing film and we would like you to be in it. I’m a huge Rocky fan so I immediately said yes! Shadow Boxer is a story about professional boxer Mason Mendoza trying to seek approval from his father. Mendoza who is played by Chris Evangelou is an underdog fighting for the Middleweight title and James Cosmo is the father Eddy Royce. It’s really tense and was filmed live at the York Hall in Bethnal Green. We had a real boxing crowd, and we shot it in 30 minutes in-between the fights. I played the role of the presenter who interviews the winner of the fight in the ring. It was great fun and it is a really good film. The story is actually inspired by true events from Evangelou’s life so it was fascinating to see it come to life. It was an amazing opportunity to work with Chris and James Cosmo they are incredible actors and I learnt a lot.”  SHADOW BOXER will be hitting festivals worldwide.

Jade certainly isn’t resting on her laurels and is targeting new skills and rolls and her passion for MMA doesn’t look like fading anytime soon:

“I love MMA and I always will, and I want to be involved in some way. The dream is to keep working and interviewing fighters and getting their stories out. But I also want to keep acting, especially action films. I want to go to stunt school and learn those types of skills.”