UFC Women’s Champions At The End Of 2020

It looks like 2020 is set to be an absolute blinder of a year for the UFC, the level of talent vying for each belt is better than it has ever been and with new found fame, and reclaimed fame for some on the horizon – who at the end of 2020 is going to have the belt around their waist? 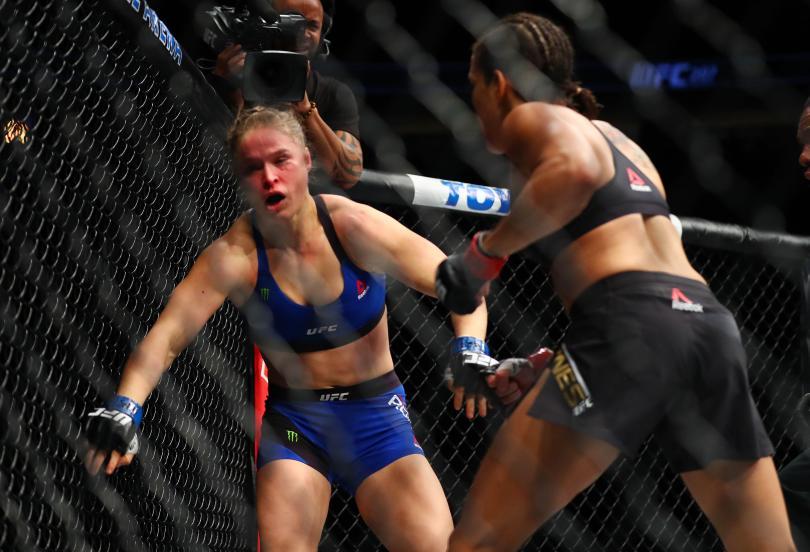 The women’s bantamweight division is currently held by the ever-dominant Amanda Nunes. Realistically, as you scan through the division, I cannot see that there is any genuine threat to Nunes’ reign just yet.

In December 2019, ranked number one Germaine De Randamie took her shot at Nunes but came up short after five rounds losing via unanimous decision.

The bantamweight division is showing signs of a strong top five, with Aspen Ladd, Holly Holm, Julianna Pena and Raquel Pennington. It’s by no means a weak division, but when you look at just how good Amanda Nunes is, it’s near impossible to see how there is going to be a new champion at the end of 2020.

When you think of a devastating, unstoppable and deadly champion – who out of the belt holders comes to mind? If Valentina Shevchenko doesn’t come to the forefront, she should.

Having taken apart nearly all of the flyweight division, she’s undoubtedly at the top of her game with everyone in the game trying to take her crown she’s been more decisive and dangerous than ever.

2019 turned out to be the year people became aware of her savagery when a head kicked absolutely flat-lined Jessica Eye in June 2019 and then took apart Liz Carmouche in August of 2019 in a five round war.

There is reason for caution in the flyweight division, Scotland ’s own Joanne Calderwood currently resides at number three in the rankings and poses a serious threat to Shevchenko’s reign, as well as Maycee Barber who is making a lot of noise in the division but her next challenge comes in the form of Katlyn Chookagian who is currently ranked number one and faces down Shevchenko on February 8th.

In the form Shevchenko has shown throughout 2019, I find it hard to see how anyone is going to de-throne her, let alone keep the crown from her for the whole of 2020.

There has been some movement within the strawweight division throughout 2019 with three different fighters having the belt. The year began with Thug Rose Namajunas, who was defeated by a heavy slam KO by Jessica Andrade in May 2019 who then faced Weili Zhang in August and the UFC crowned their first Chinese champion in the promotion.

The strawweight division is arguably the most stacked in the women’s UFC divisions, with big names such as Zhang, Andrade, Namajunas, Suarez, Jedrzejczyk, Ansaroff, Gadelha, Esparza, Waterson etc.

The next to have their shot for gold is ‘the most violent woman in the world’ Joanna Jedrzejczyk in March 2020 – it’s difficult to predict an end of year champ for this division as the top five all hold the potential to get the gold and it passed through three fighters in twelve months.