Jack Dempsey once said ““Show me an undefeated fighter and I’ll show a guy who’s never fought anybody.”

A boxer’s record is often overvalued when nothing else is taken into consideration, does the record of 49-0, over a fighter with several losses make him the better fighter.

Simply because a boxer has a high winning percentage does not mean they are great. Would anyone take Deontay Wilder over fighters with losses such as Ali, Foreman, Louis, or any of the great heavyweights of the past? I highly doubt it.

Some are quick to point out that a boxer is a so-called “world champion” in multiple weight classes and attempt to use this as justification for greatness. In the days of Ezzard Charles, Henry Armstrong and Jake LaMotta there were only eight possible belts to be won out of a total of eight weight classes. If you held a belt in those days, you were a true champion.

I could sit here and question all those fighters with the perfect ‘0’ and make a case to show how they achieved that record bypassing hard fights while avoiding elite fighters, they became good champions but not Great.

He defended the middleweight and super middleweight crowns several times before stepping up to outpoint Mike Callum for WBC interim light heavyweight title.

Jones would lose the light Heavyweight title by a disqualification to Montell Griffin before knocking him out in round one to regain the title 6 months later.

The next 6 years would see Jones go onto unify the light heavyweight division also capturing the WBA heavyweight belt from John Ruiz using superior boxing skills and ring craft, Ruiz couldn’t get near the lighter Jones he was totally outboxed losing a unanimous decision. 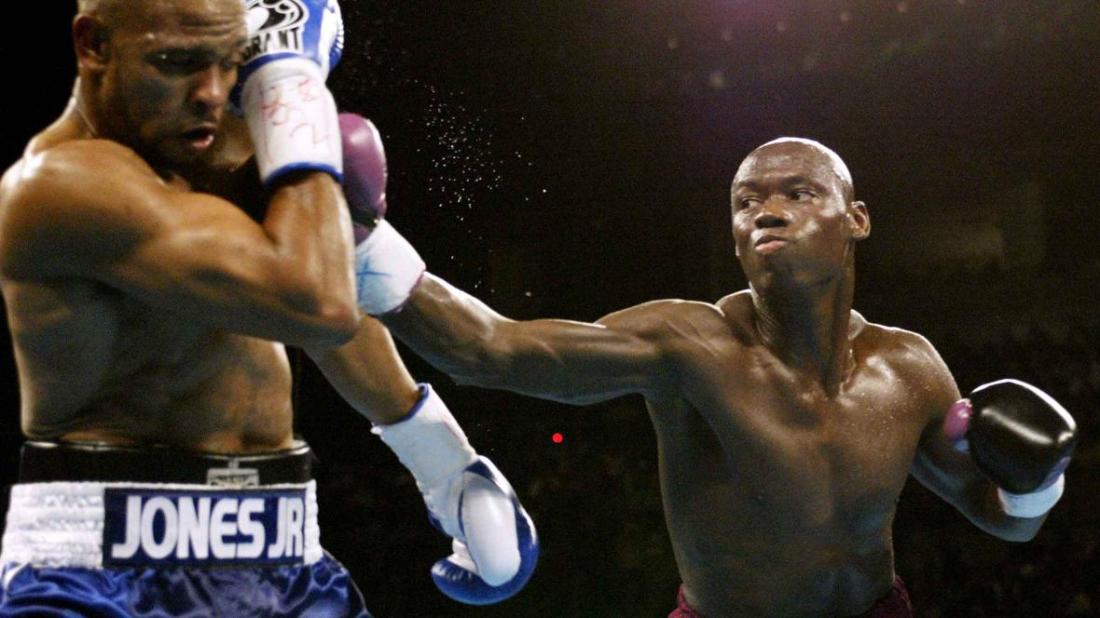 As heavyweight champion most of Jones’s light heavy titles were vacated in an effort to reunify those titles, he would go on to have an up and down period losing bouts to Antonio Tarver, Joe Calzaghe and a non-title rematch with Bernard Hopkins.

Entering the twilight part of his career Jones entered the cruiserweight arena defeating Max Alexander to win the vacant UBO Intercontinental cruiserweight title, he finally retiring in 2018 as the WBU (German) cruiserweight champion.